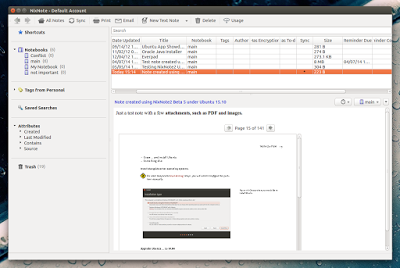 NixNote is an unofficial Evernote client for Linux which was initially called NeverNote. The application was written in Java until NixNote 2, which is a complete rewrite in C++ using the Qt framework, having better performance and a reduced memory footprint as main goals. The application continues to use Java for encrypting and decrypting text, but that’s optional. 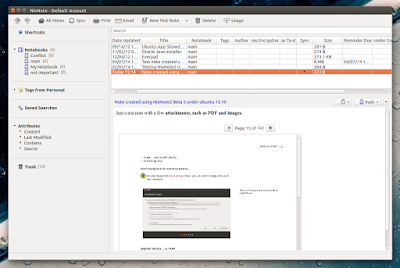 Evernote is a popular note-taking service that supports saving text, full webpages, voice memos, video notes and more with a lot of useful features. There are official Evernote clients available for Windows, OS X, web (but it lacks many features) and mobile platforms but not for Linux.

Nixnote 2 beta 5, released recently, brings numerous bug fixes as well as various enhancements:
The latest Nixnote 2 beta also brings basic support for the nixnote2-cmd utility however, I should mention that this command line tool is not bundled with the NixNote 2 binaries.

To download the NixNote 2 source, report bugs and so on, see its GitHub page.